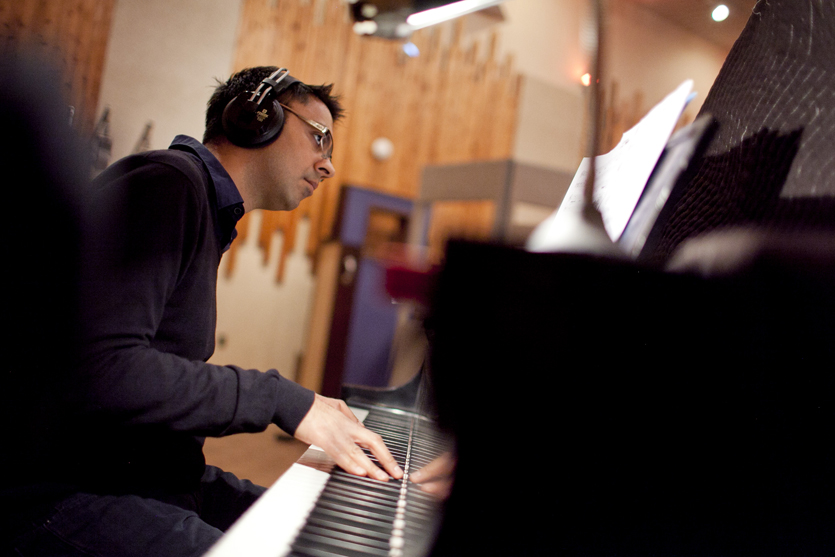 Vijay Iyer is a critically acclaimed and internationally renowned jazz pianist and composer. Praised by prominent critics around the world for his groundbreaking ability, unique style, and for his importance to the future of jazz, Iyer was recently heralded as the finest in five categories by Jazz Times in 2013, which included Jazz Artist of the Year, Pianist of the Year, Jazz Album of the Year, Jazz Group of the Year (for his trio), and Rising Star Composer. To add to his accolades, Iyer was also one of the recipients of the MacArthur “genius grant” of 2013, and received a Grammy nomination for his 2009 album Historicity. Since his emergence on the jazz forefront, Iyer has receive overwhelming recognition as one of jazz’s most vital performers.

Vijay Iyer’s musical education began at the age of three, with classical instruction on the violin. During his childhood, he moved to piano on his own in an effort to annoy his sister (the piano was her instrument), and learned to play by ear (to this day, Iyer has received very little instruction on the instrument he’s become so proficient at, and remains mostly self-taught). During these formative years, Iyer was drawn to jazz, and early influences on his approach were Thelonius Monk, John and Alice Coltrane, Duke Ellington, and Andrew Hill. However, the most transformative experience on Iyer’s musicality was in 1991, when he saw composer Julius Hemphill play in New Haven, Connecticut. Iyer was so moved by Hemphill’s performance that he cites the concert as an experience that reshaped the way he understood music and life.

Since then, Iyer has released seventeen studio albums as a leader, many of which have been met with widespread acclaim, including 2013’s album with Mike Ladd, Holding it Down, which focuses on the dreams of Iraq and Afghanistan war veterans. Iyer has collaborated with many other musicians as well, including Das Racist and Amiri Baraka. Apart from his musical endeavors, Iyer is involved in education, and has served as faculty at New York University, The New School, and Manhattan School of Music, and he will be a professor of music at Harvard University in 2014.